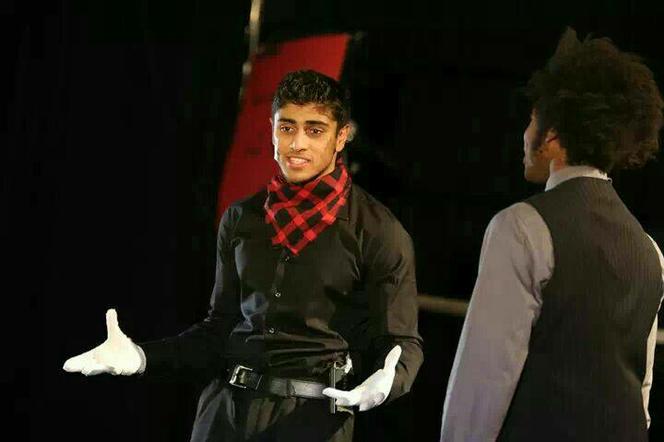 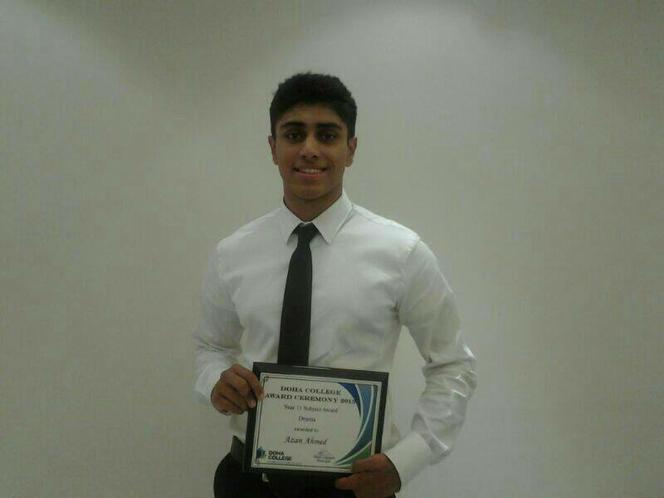 Azan completed his schooling in Qatar where he attended Doha College, the premier secondary school in Qatar. Azan had tremendous success academically, and was also very active in the school's drama department. The photo above shows him taking the lead role in the Beggar's Opera.

In his final year, Azan was elected Head Boy and represented the college on a leadership course in Madrid, Spain. He is also a great exponent of the sport of Parkour.

Azan is now studying for a degree in drama at the University of Royal Holloway.